Žak’s current research combines his interdisciplinary training and experience to focus on the intersection of science, music, and technology.  Specifically, he is developing new methods and technologies that apply music and sound to healing.  He is further working on codifying and organizing this knowledge in a way that can be represented at institutions of higher learning; his skill in this area comes from his expertise in historical performance practice and his years combining disciplinary approaches and practice-based research.

Žak’s performing career is heavily fueled by his musicological and practice-based research.  Whether his focus is on global influences on the history of Western music, music for the English theatre, or Italian lute music, among other topics, his goal is to make a contribution to the state of human knowledge and then to turn that knowledge into superb and compelling musical performances.  Most of Žak’s and L’Avventura’s concert programs are based on his original research, performing editions, and musical arrangements, and regularly revive forgotten musical works and neglected historical performance practices.

Žak’s scholarly writings have been translated into French, German, Spanish, and Korean, and appear in some of the leading journals and magazines in the field.  He frequently presents his research at conferences in Europe and North America and speaks on various related topics on BBC Radio 3 and American NPR.  2019 also saw his first TEDx Talk.

His recent publications include a critical edition (with Vanessa L. Rogers and Berta Joncus) of Isaac Bickerstaffe’s 1762 opera Love in a Village (Bärenreiter, 2020), while an edition of eighteenth-century lute concerti for A-R Editions and a lute tutor for Hal Leonard Publishing are to be published in 2023.  He is currently also working on a documentary on the influence of the transatlantic slave trade on the history of Western music before 1800. 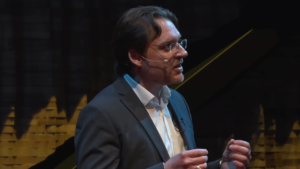 Žak Ozmo is a pioneer of practice-based research into the influences of the transatlantic slave trade on the history of Western musical tradition during the early modern period.  His starting point was the analysis and exploration of Portuguese music from 1600-1800 in light of African-derived contributions, and he has now broadened this research to include other parts of the Western world, including Britain, France, Netherlands, and North America.

Žak currently holds a Canada Council for the Arts grant for research in this area, including creating new concert programs and writing a documentary series for BBC Television.

Selected scholarly presentations on this topic include:

Žak’s most recent BBC Radio 3 broadcast focusing on this topic can be heard below:

In this groundbreaking concert programme, the kora virtuoso and specialist in African classical music Tunde Jegede joins forces with the lutenist and a historical performance specialist Žak Ozmo in an exploration of the fascinating musical and historical ties between the early-modern European and African musical traditions, highlighting the legacy of the transatlantic slave trade as one of the significant  influences on Western music-making.

Some of the European music with African-derived contributions researched, reconstructed, and re-envisioned by Žak and performed with his group L’Avventura London can be heard below:

Žak’s research into the musical legacies of the transatlantic slave trade is generously supported by the Canada Council for the Arts.